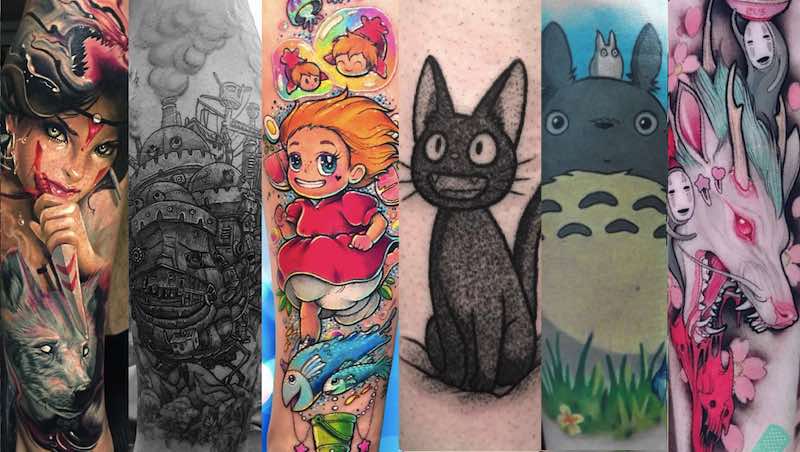 Click on any Ghibli movie below for a full selection of tattoos.

Nausicaä of the Valley of the Wind Tattoos

Studio Ghibli is an animation studio known for its highly imaginative art and themes. Although there are many directors in the studio, none stand out quite like Hayao Miyazaki, along with the incredible music of Joe Hisaishi, Studio Ghibli movies are unlike anything produce before.

Studio Ghibli has a very diverse audience of all ages and different countries being huge G fans.

Studio Ghibli movies are not just some of the best in the anime genre or even in animation in general, they are considered to be some of the best movies ever made in the entire film industry.

With so many studio Ghiblis movies being so popular, more people are getting their favorite character or characters in the films tattooed, many of these tattoos being done are by artists very familiar with Ghibli’s movies and what may have started off as a simple Studio Ghibli design to get tattooed has become designing and implementing their own subtle or sometimes bold unique take on an iconic character, resulting in some of the most amazing fan art done in tattoos.

Some artists are such big fans of the studio and do work well enough to be out for an original Studio G tattoo that they now actually specialize in them.