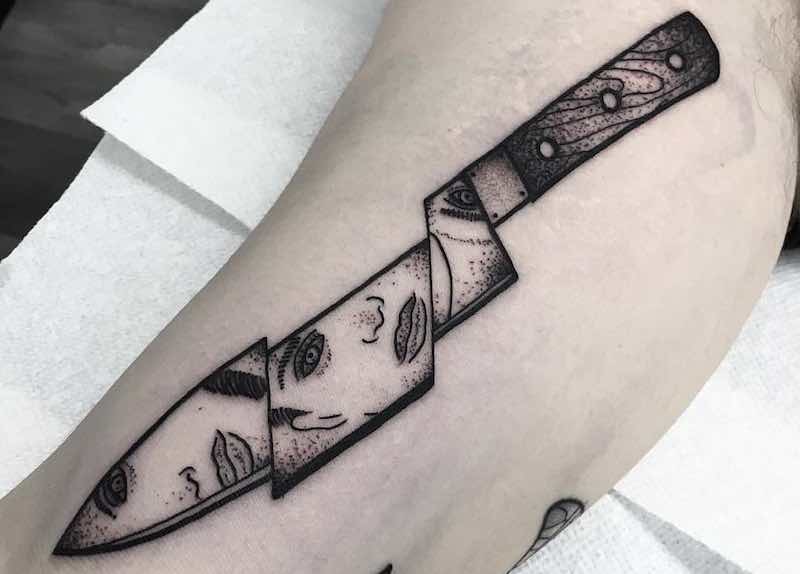 A knife tattoo design may seem as though its a simple one and it can be, simple knife designs tattooed well can look great and be done as the smallest tattoos while still being , although many arent simple, but are big, detailed and complex. Knife tattoos have evolved through the years to become some of the most unique and stunning tattoo .

There is a huge number of different types of knives, each with vast differences not only in appearance but also in its history, cultural origin, and even characteristics making the meaning of them change between different kinds of knives.

Knives are often and have been throughout human history a tool for violence and murder. Many people get a knife tattoo to symbolize death, violence and even the opposite, some use it as a reminder of leaving violence in their past.

Many chefs first choice of tattoo designs is a chefs knife tattoo as they are their tools of the trade and used so much every day by them that they form a connection with their knives, some simply want to symbolize their love of the job or cooking in general and a knife tattoo can be perfect for that.