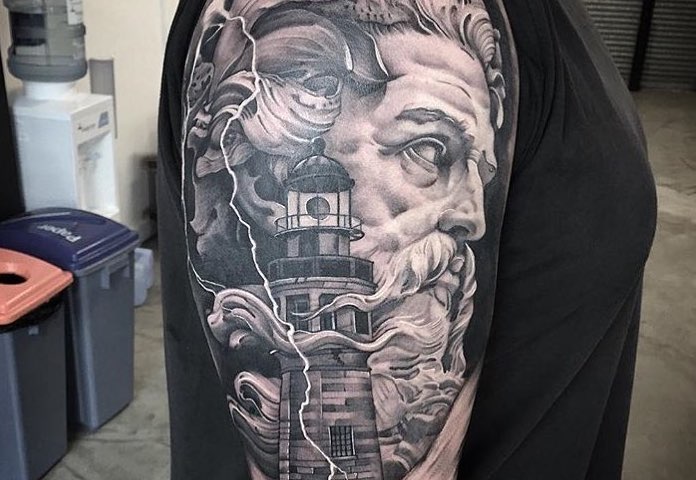 Poseidon, god of the sea, horses and earthquakes Poseidon was part of “the big three” Greek Gods, along with his brothers Hades and Zeus. In Greek mythology when the big three divided the world, Zeus took for himself the sky, Hades the underworld and Poseidon the sea.
Poseidon was responsible for the creation of Pegasus, Madusa and Minotaur.

The Roman version of Poseidon is Neptune, which is why the largest moon on the planet Neptune is named after the gods son Triton.

Appearance
Poseidon is depicted as a heavy built strong man with a long white or blue wavy beard, dressed in robes, he holds the powerful Trident. He may be wearing a crown or headband (or no headwear). However, the appearance of Poseidon as a “merman” with a fishlike tale is incorrect and is due to confusion between Poseidon and his son Triton.

Symbolism
Symbols associated with Poseidon include the bull, dolphin, fish, horse and the Trident. A Poseidon tattoo can represent many things including great power, strength, a connection with water and the sea, and a love of marine life. 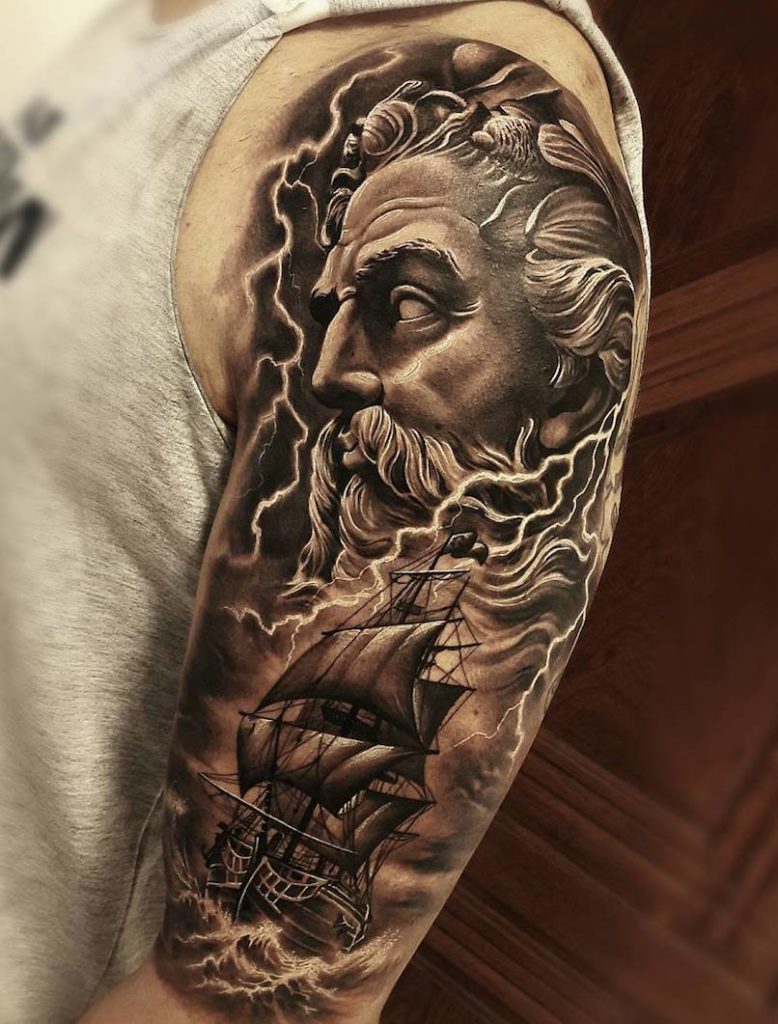 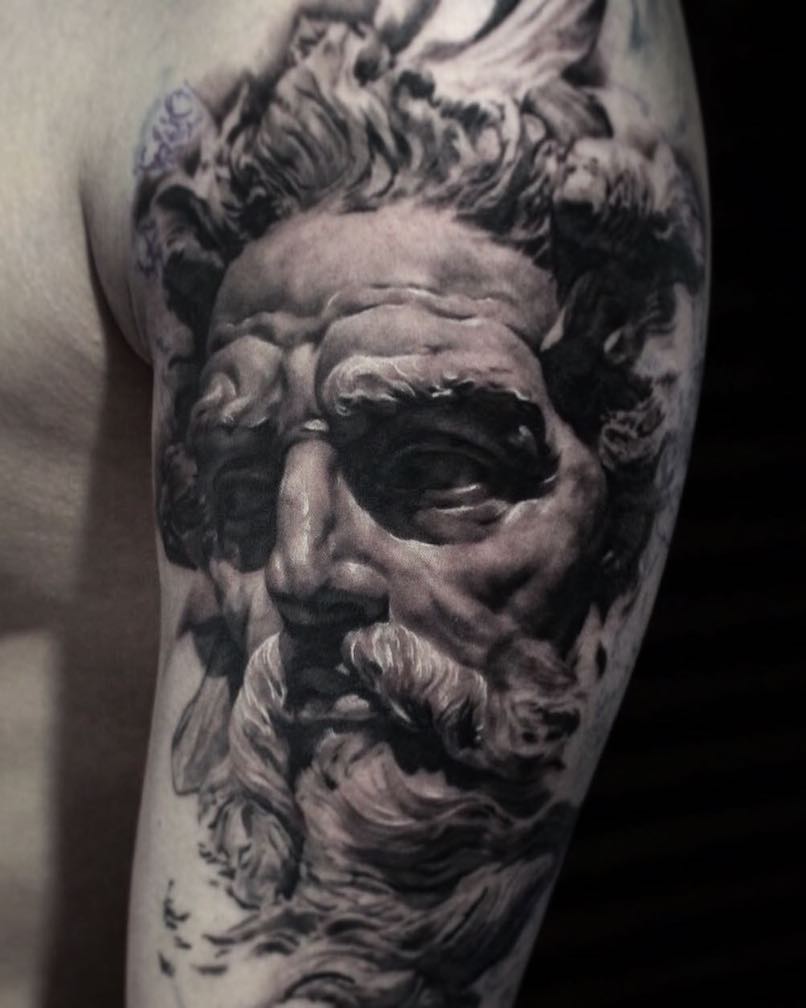 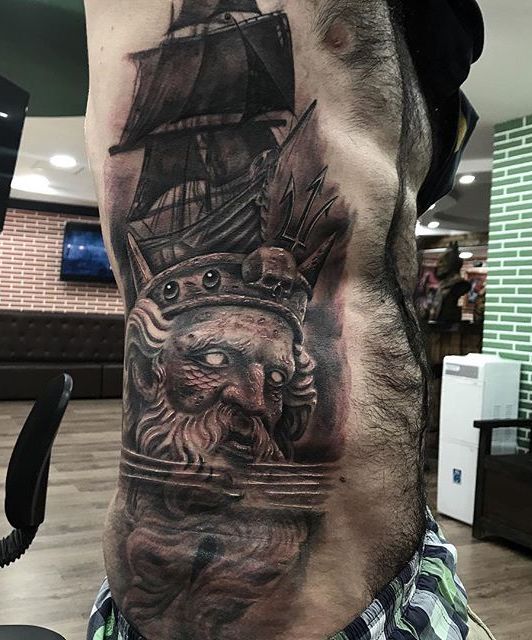 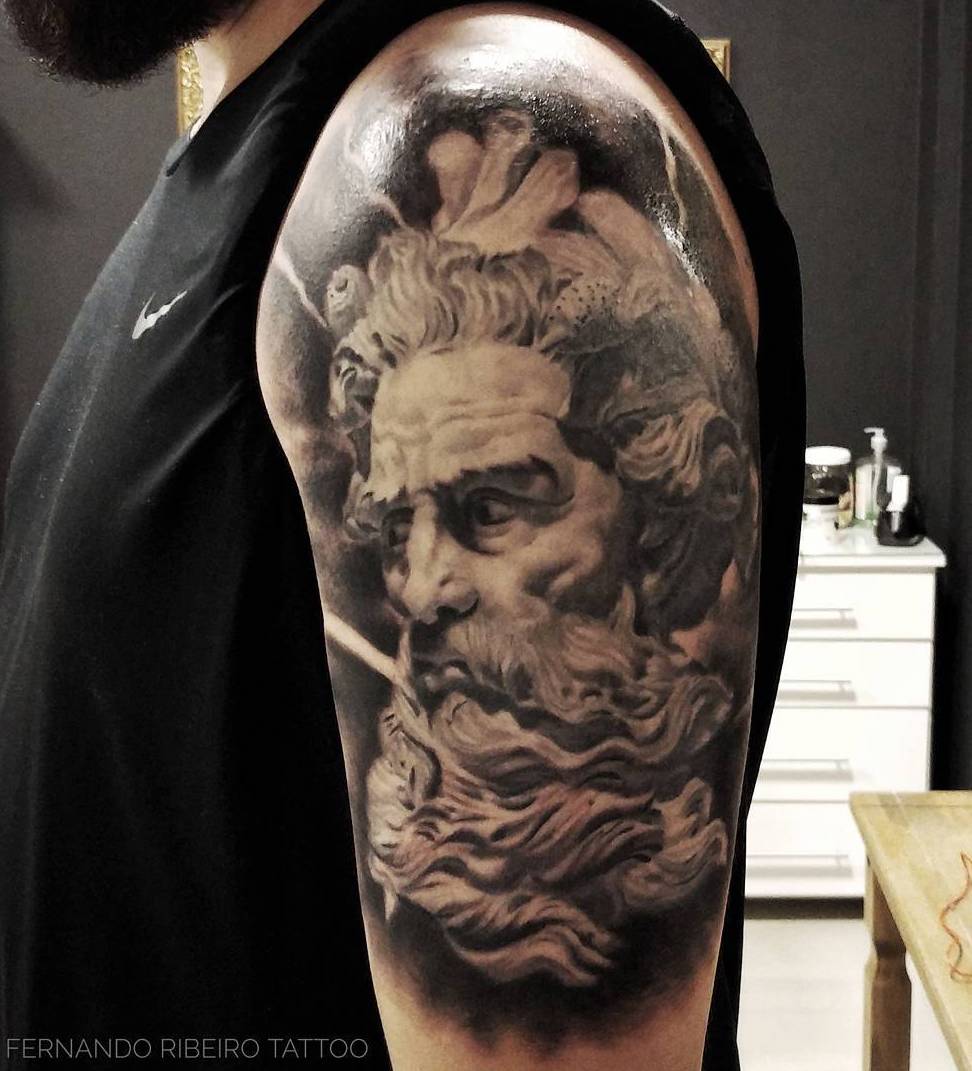 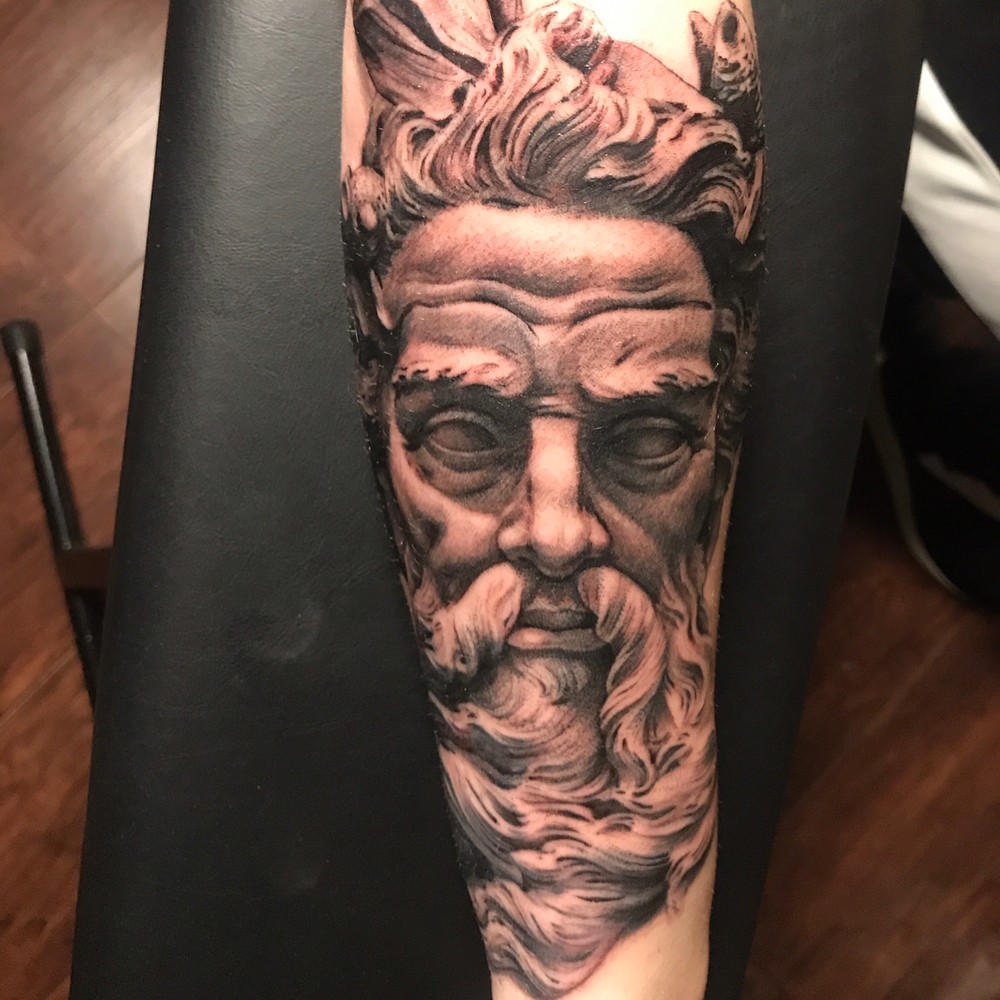 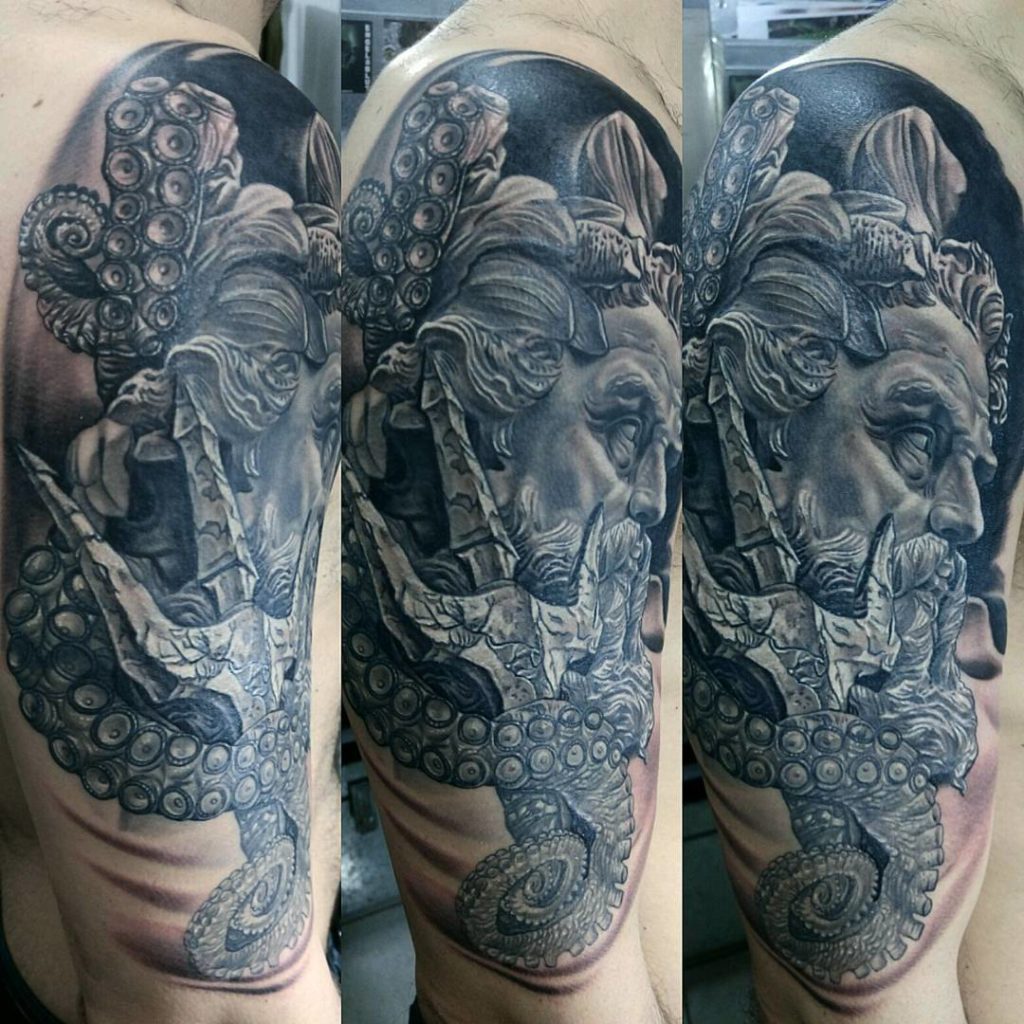 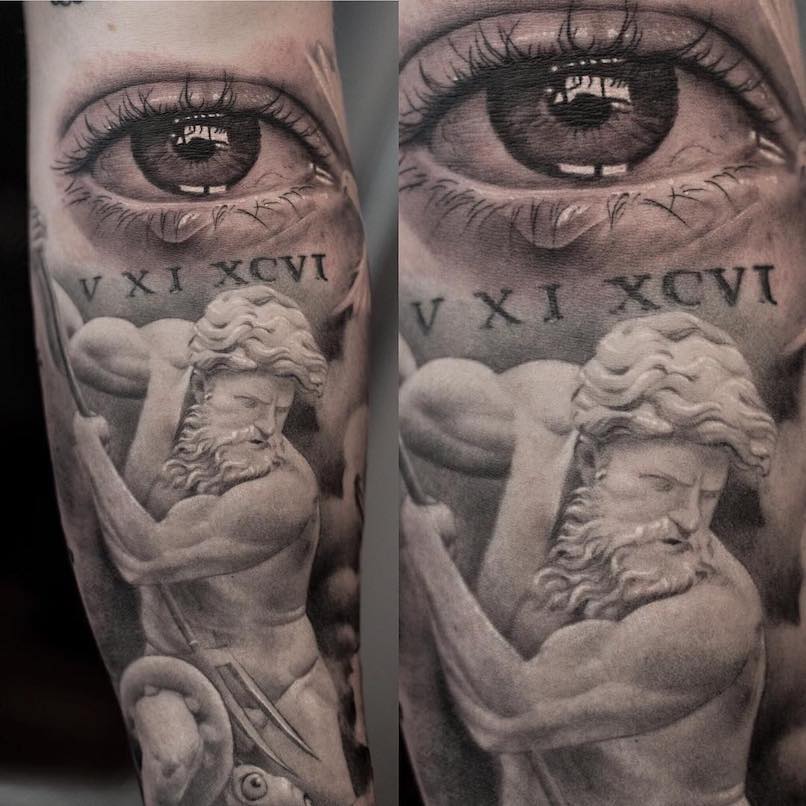 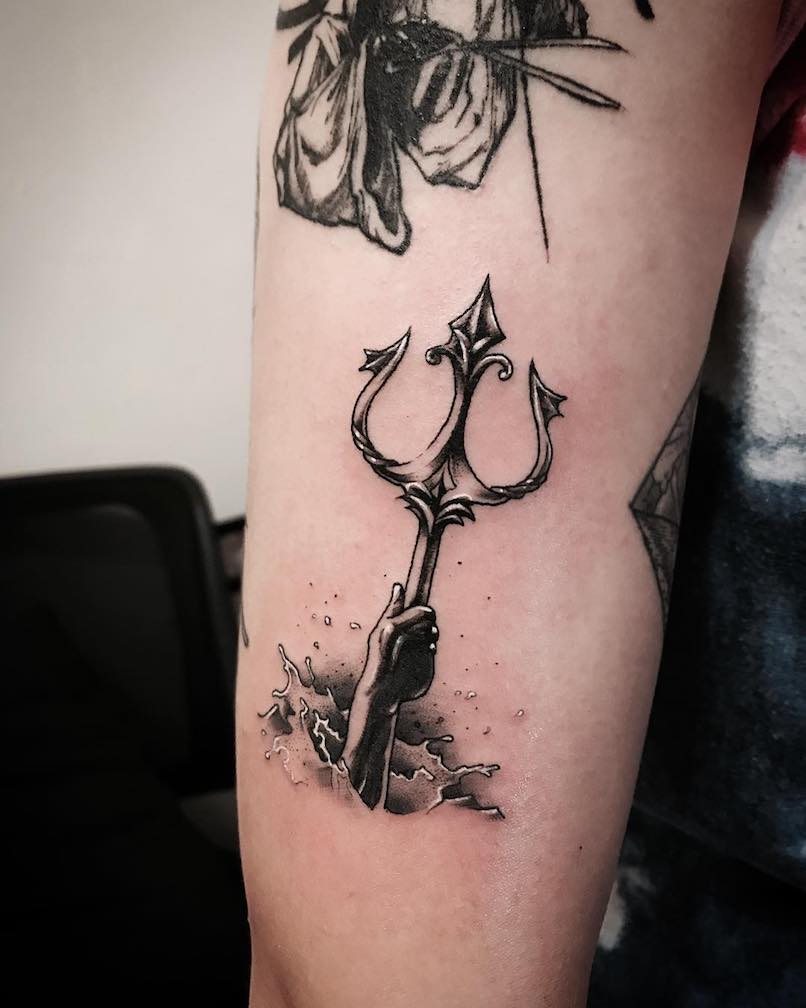 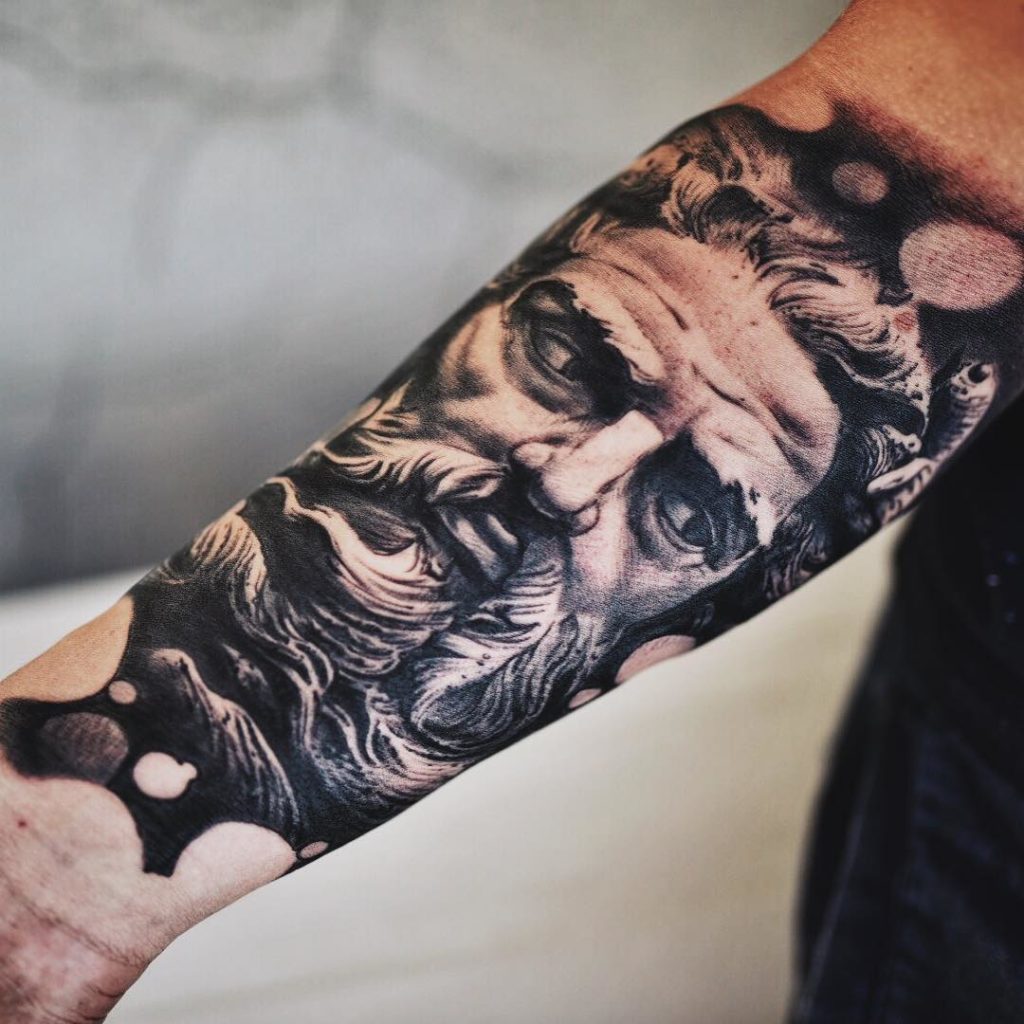 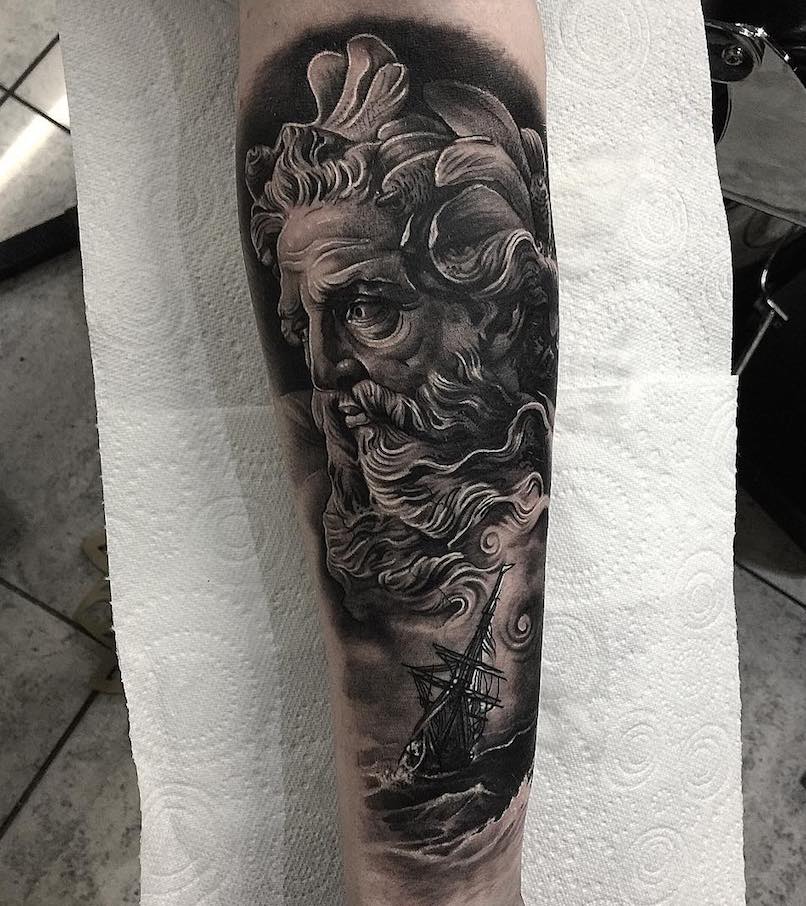 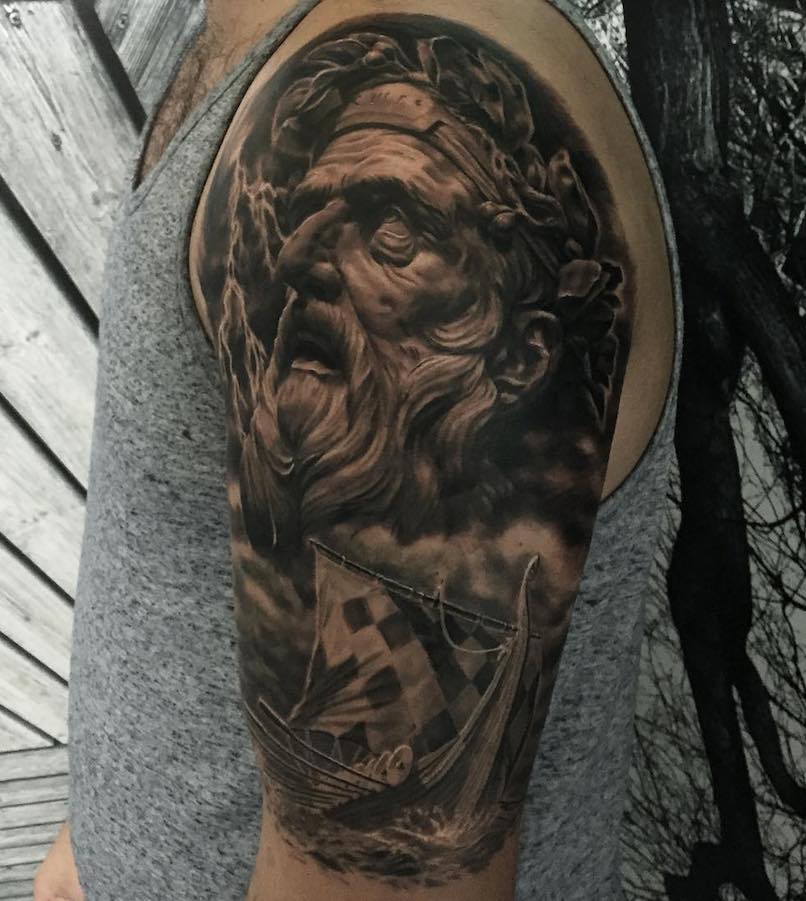 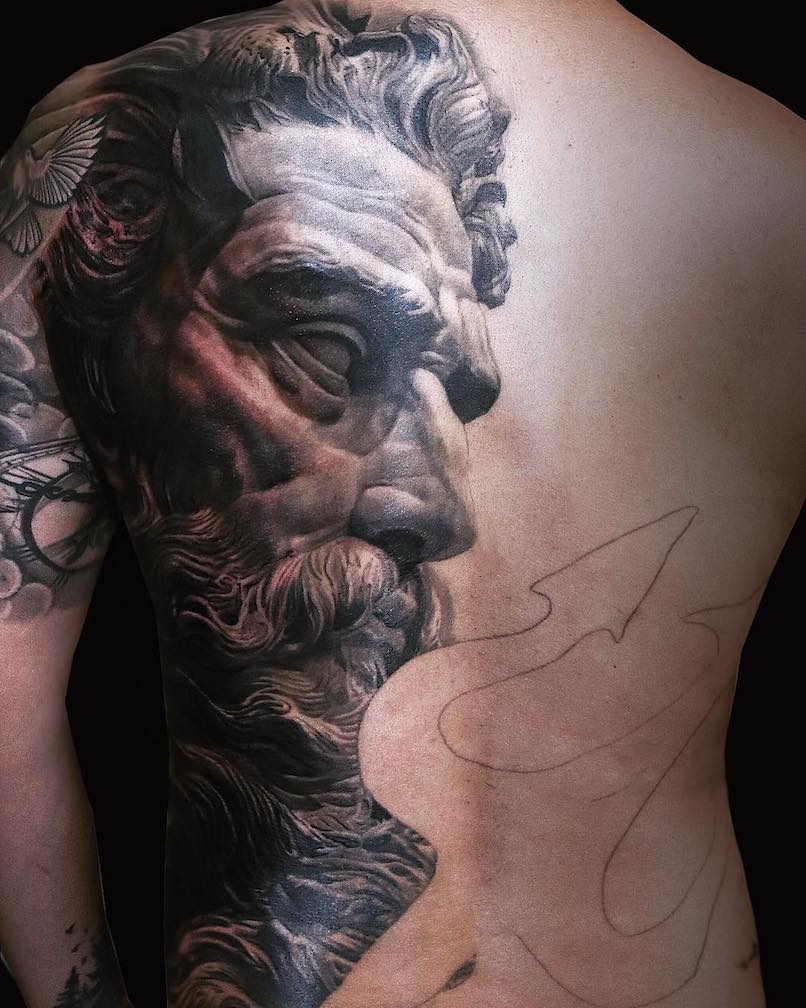 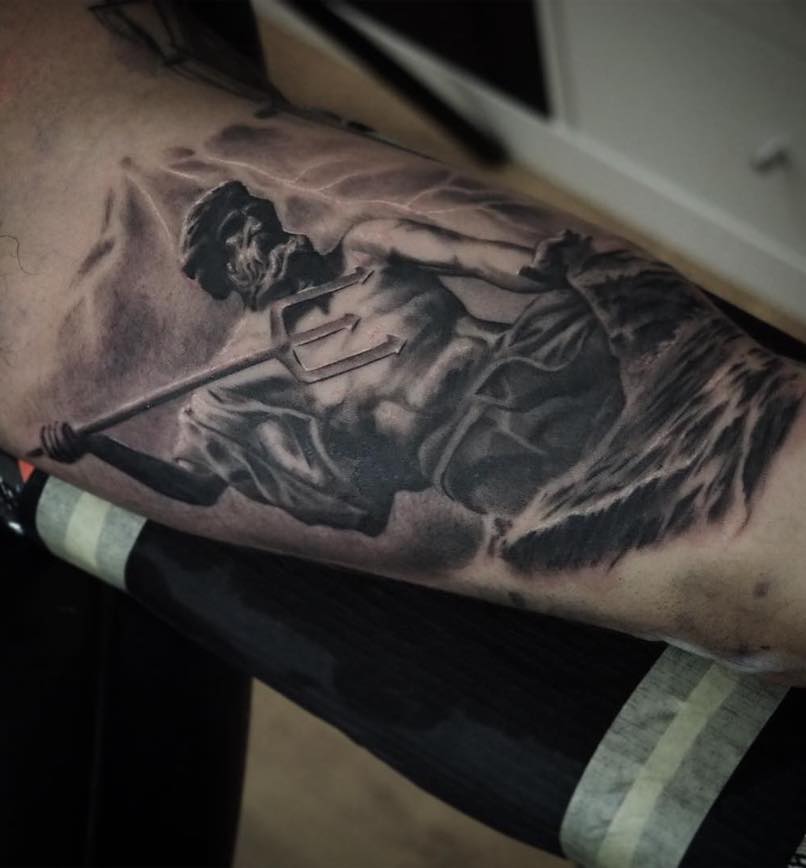 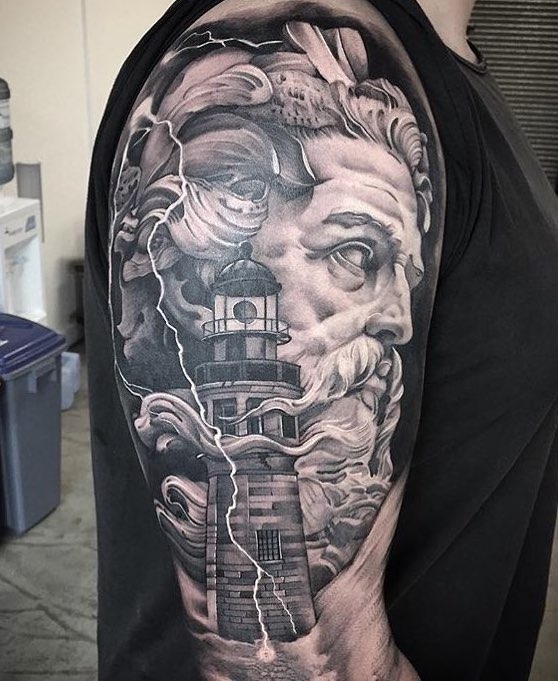 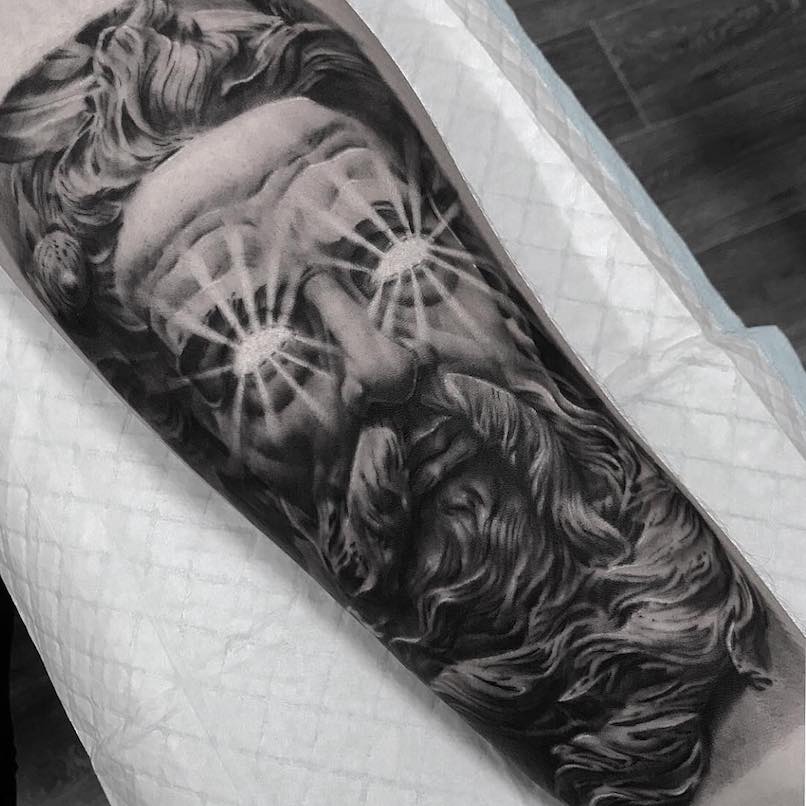 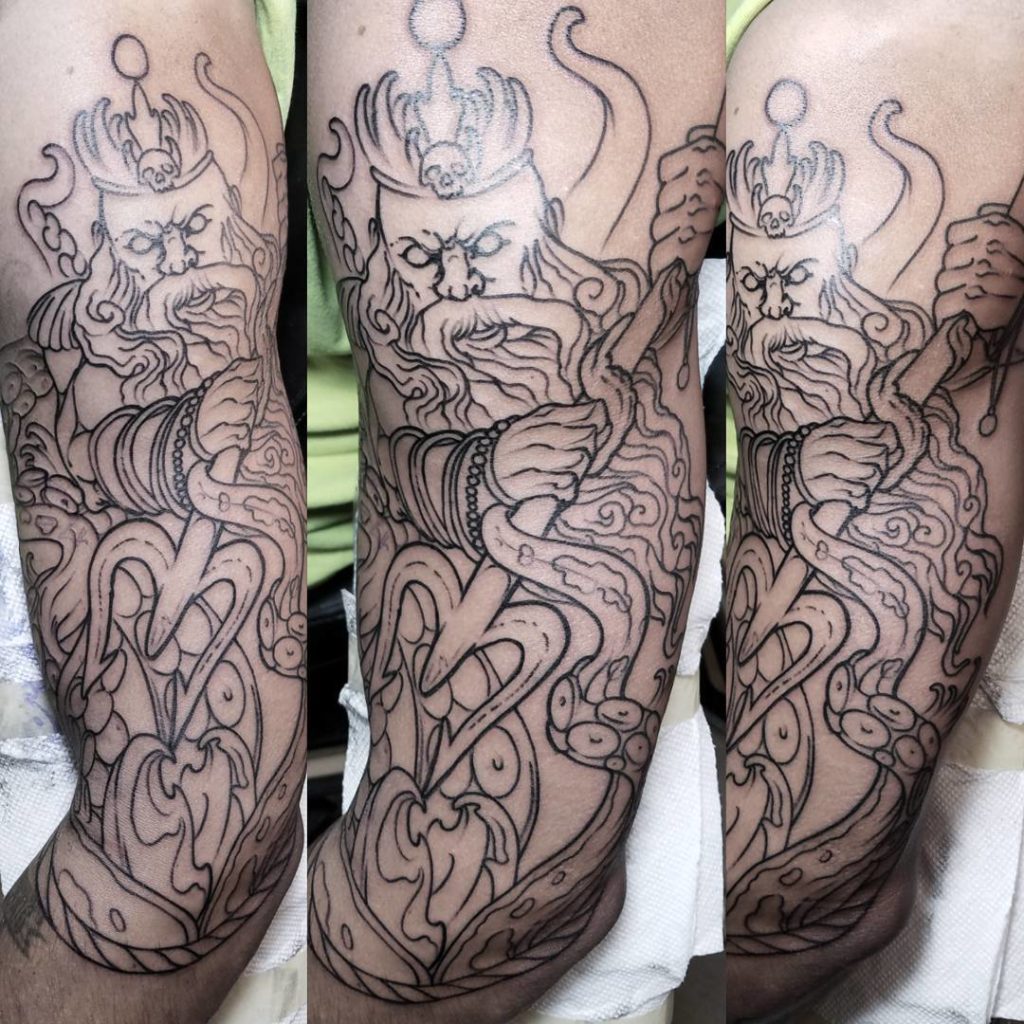 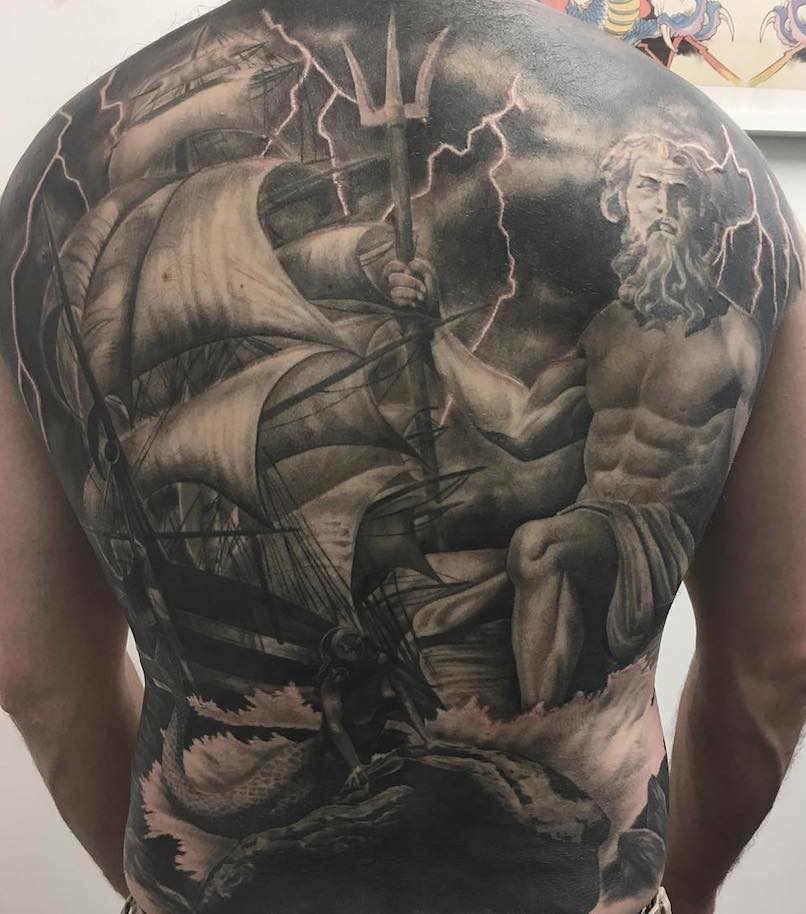 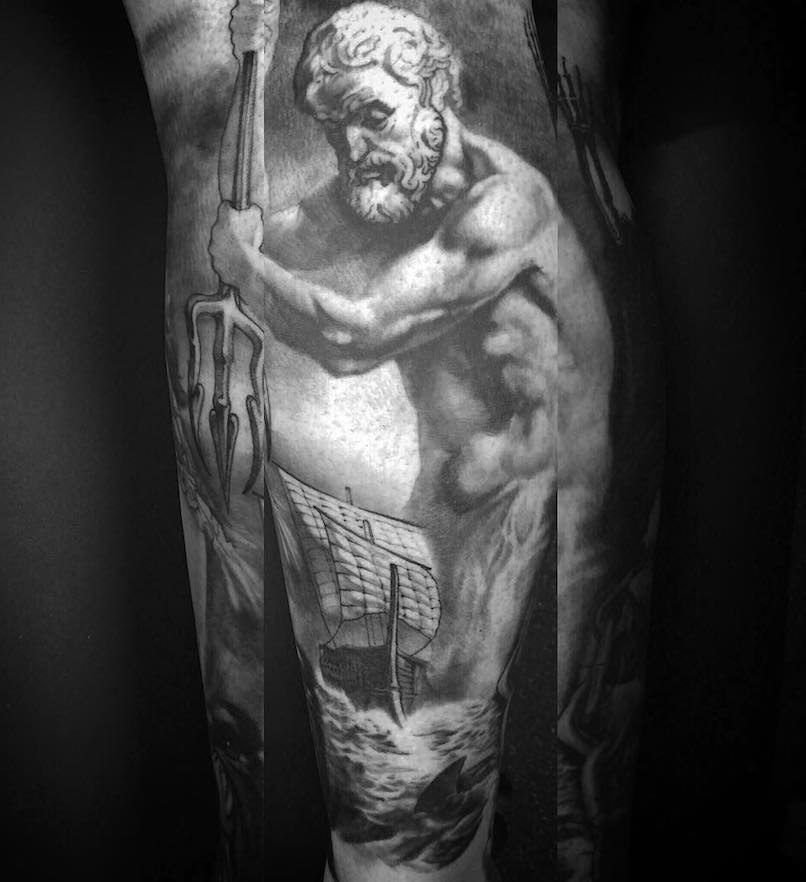 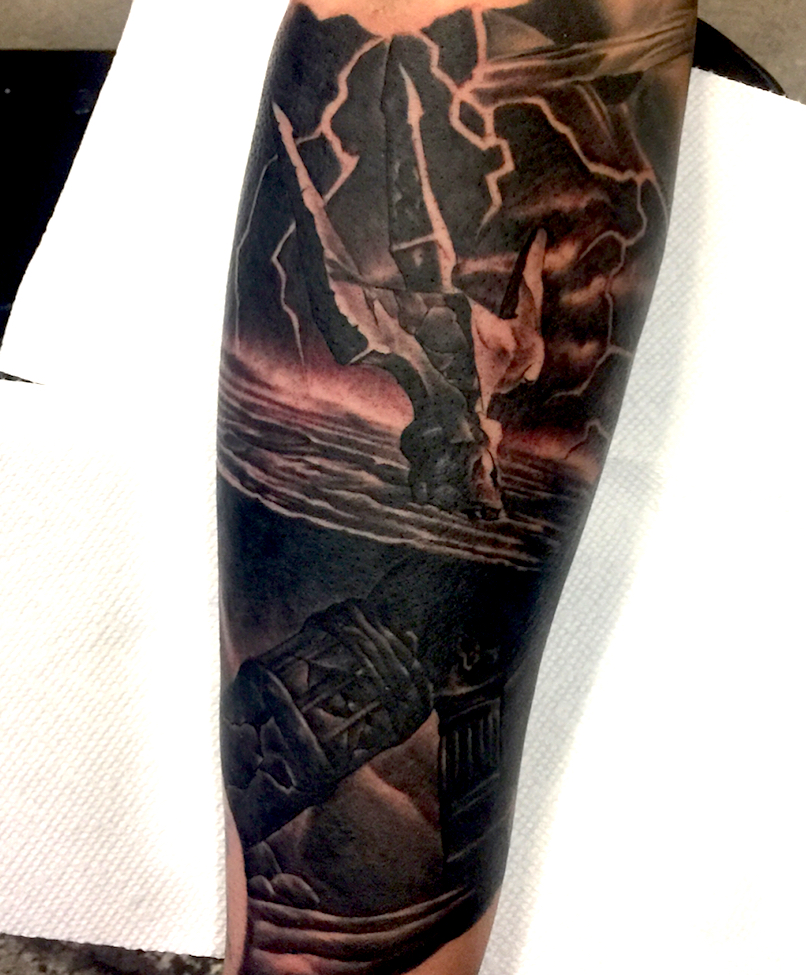 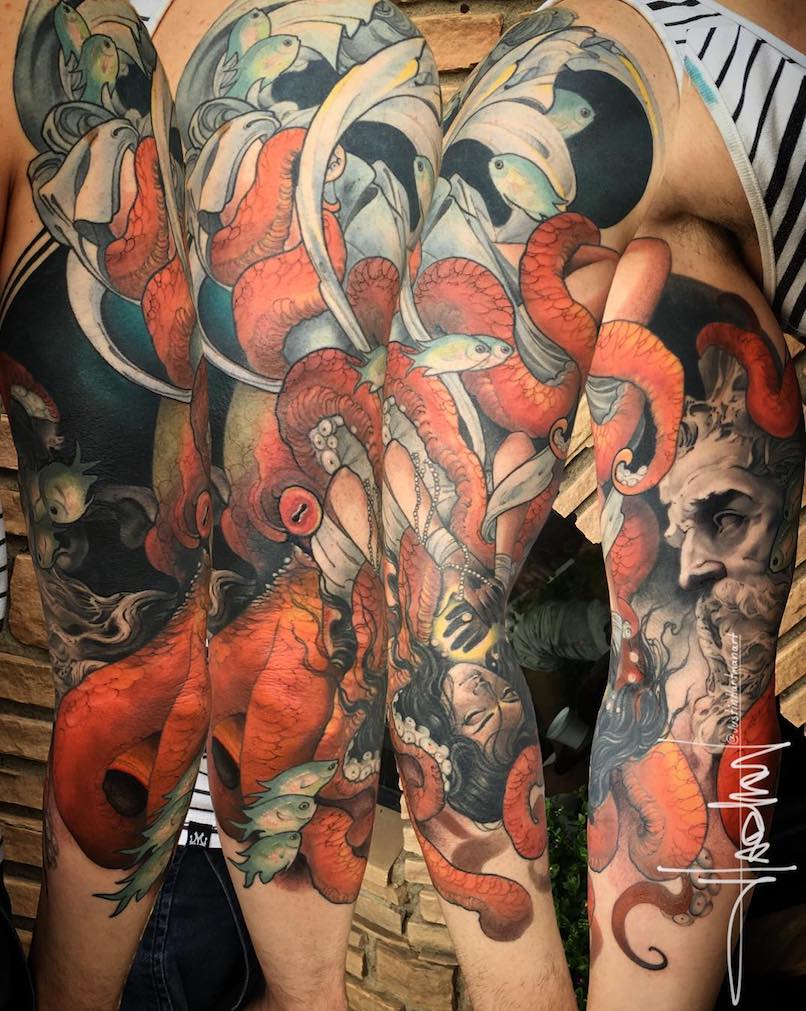