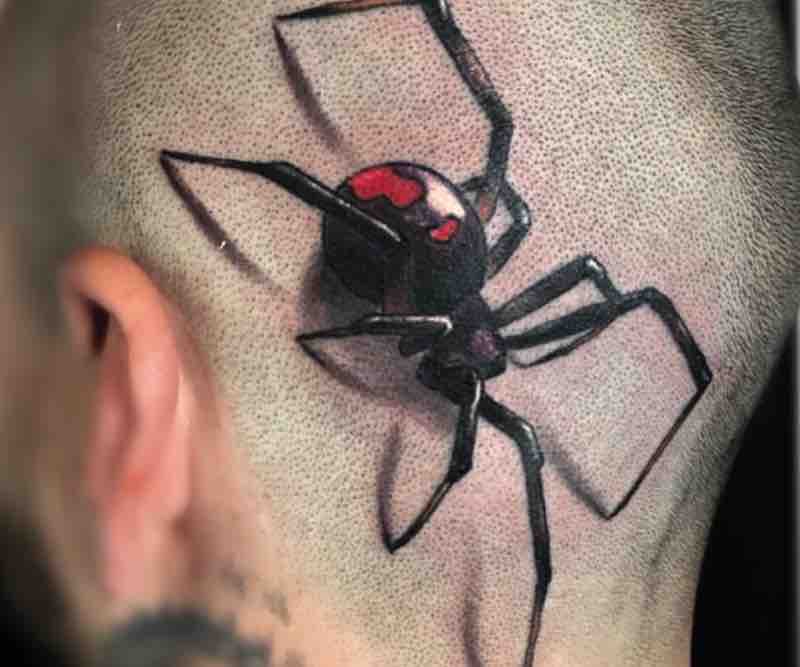 Many peoples opinions are divided when it comes to spiders, some think of them as creepy eight legged freaks while others view them as cute, there is also a large number of people how are extremely afraid of spiders, their fear is known as arachnophobia and it’s more common than you might think.

Spider tattoos have been around for a very long time, they were some of the first to become popular in traditional American tattoos and while some of these designs haven’t changed much and still look great, there have been many spider tattoo designs done since the first days of traditional American tattoos and the evolution has been incredible, now spider tattoos have branched out into countless tattoo genres and the most popular is also the design that requires the most technical tattooing skill, a 3d spider tattoo, these tend to make people do a double take thinking its either real or a photo.

There are a huge amount of spider species that have been discovered, there is over 40,000 species and 35,000 of those all have their own names.
With each species having its own unique style and characteristics there can be a type of spider tattoo to suit everyone.

Patience, from the spider’s ability to remain patient when waiting for prey to fall into its trap, many get a spider tattoo to remind themselves to be patient and good tthings will come.

Creativity, spiders may not seem like the creative types when you see one crawling around in your house but when you take a closer look at the incredibly intricate and beautiful webs they weave only then that you can appreciate the creativity that goes into them.

A spider in many cultures symbolizes but likewise in many cultures it also can be a strong representation of feminity, so the spider tattoo can have a very different meaning depending on where it is.