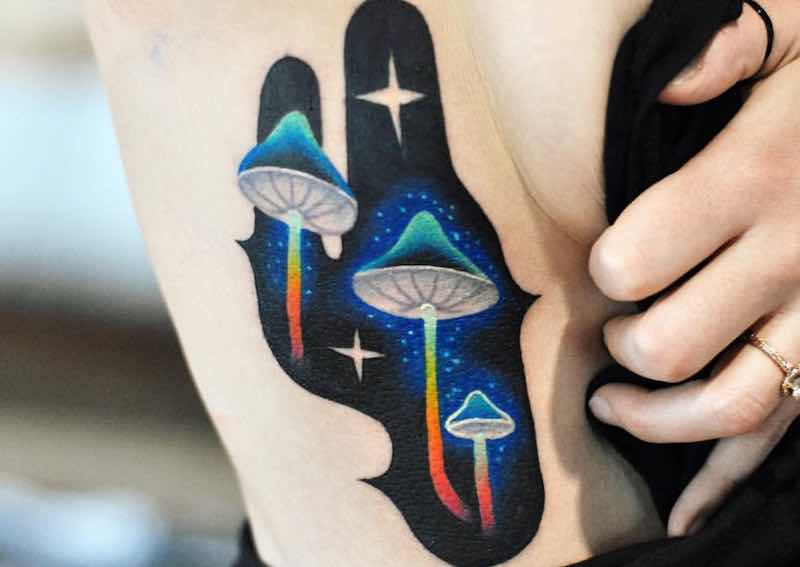 Mushrooms really aren’t what they seem, of them as plants but there something much more than that, mushrooms are closer to animals than plants, some will even describe them as being alien-like.
The main bit of a mushroom that we all recognize as mushrooms is actually just a small part of an extraordinarily complex system below the surface which has usually powerful capabilities, from eating other organisms to going right through solid wood, this is the unseen body of a mushroom known as mycelium, its constantly growing and adapting to suit its environment from having billions of years to evolve.

There are literally countless species of mushrooms, we only know 1% of an estimated 5 million species, so for people looking to get a certain type of mushroom that appeals to them for any reason can easily find one from the vast amount of choices of species to base their mushroom tattoo design off.