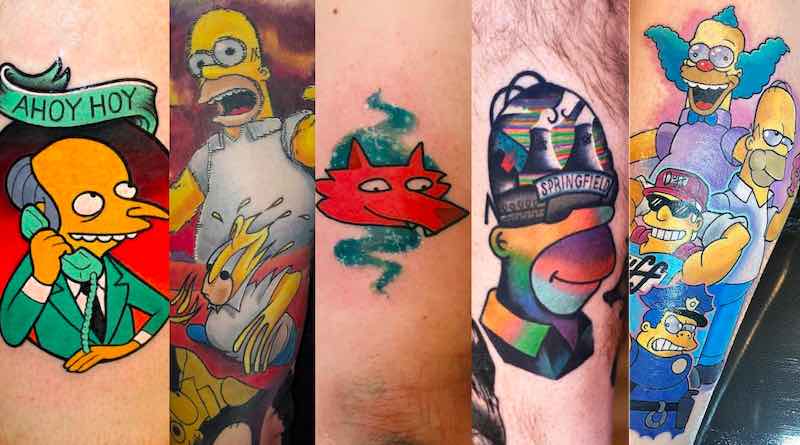 The longest running tv series ever and a favorite of countless people of all ages, the Simpsons is a show unlike any.

One of, if not the most popular cartoon that gets tattooed is the Simpsons, being a big part of many peoples childhood and holding a place in the hearts and memories for a surprising amount of people, the quality of both the stories, animation and imagination from the shows creators have made this classic cartoon series an obvious choice to be worn permanently on many people.

Although with the popularity of tattoos means there have been some not so quality work , there’s no shortage of these but there is also a great deal of incredible Simpsons tattoo designs being done by artists that are both the top in their field but also fans themselves which will always make a tattoo that much better.

With over 3000 characters it hard to choose from having so many options but there’s definitely a character to get tattooed that will suit every fan of the show. So countless ways to symbolize whatever it is one would want to convey with their S tattoo.

The Simpsons tattoos are typically done in color and because of the shows use of bright and vivid colors, it translates to tattoo designs and makes them stand out and look great even from a distance. black and grey Simpsons are rarely done but when they are they still keep the character and feel of the show provided its done by a good artist.