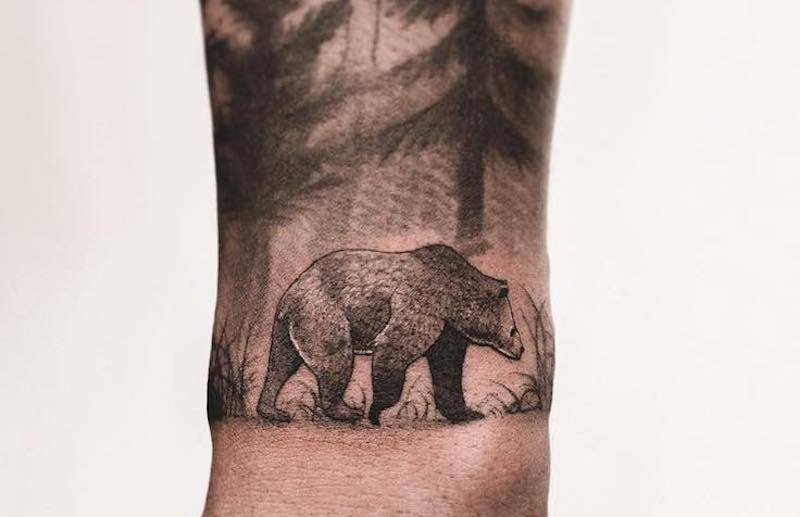 Throughout history depictions of bears have been a big part of different cultures mythology, art, and spirituality, this comes from both the physical presence, sheer power and characteristics of the bear.

The bear’s image has been used by many countries as a big part of their identity, it is the national symbol of Finland and also the state symbol of California. In Russia, the bear has become an icon used in many different ways to represent a large variety of things, although the imagery of the bear wasn’t started by Russians by the Americans, it was later adopted and changed to new meanings.

The most prominent bear tattoo meaning is power and strength, the power of a bear is not to be underestimated, the force of their bite is enough to crush a bowling ball.

Solitude is another meaning associated with bears from their nature of being solitary for most of their lives but are able to thrive without needing others. Often people who are more introverted will get a bear tattoo as it represents a trait of themselves.

A bear is often used as a symbol of safety from its strong sense of protection for its cubs as well as having protection be a big part of the myths and stories told from generation to generation in many different cultures throughout history.