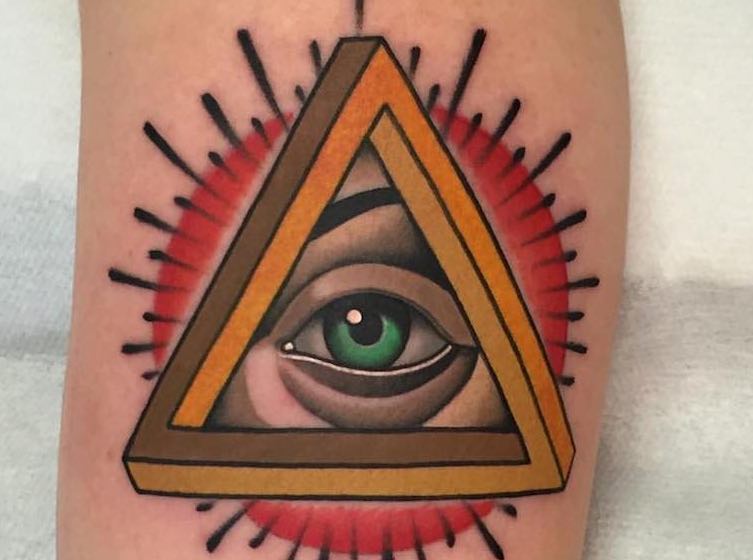 Depictions of the eye aren’t just a classic and traditional tattoo design but a truly ancient one, known as the “Eye of Horus” in Egypt this design has been tattooed going as far back as 3000 years ago, and is still a popular eye tattoo design choice today.

Eye tattoo meaning can vary depending on the culture and history the design comes from, in Egyptian eye tattoo designs the most common being the Eye of Horus represents good health and royal power but the biggest meaning behind the symbol is protection, it was used to protect pharaohs in the afterlife and also painted on ships by sailors as a way to protect them on long journeys. It can also be a symbol for the sun and moon.

In western culture, eye tattoo designs can have a variety of meanings, one being that the eye is known as the window into the soul, making it a great symbol of spirituality. Another meaning is honesty and respect from the custom of looking into someone’s eyes as a sign of respect and honesty.

Eye tattoos also have a big presence in traditional tattoo designs, being very popular amongst sailors and travelers and since developed into many variations of the traditional design.

The Eye of Providence

With a Christian origin the Eye of Providence is a very iconic symbol and can be recognized almost anywhere, it represents God watching over all of humanity. The most common image of this being on US money.

The Freemasons adopted the symbol and commonly use a cloud in place of the triangle while keeping the original Christian meaning of God looking over humanity.

The Eye of Providence is a very popular tattoo, it’s very versatile and works well being incorporated into other designs.