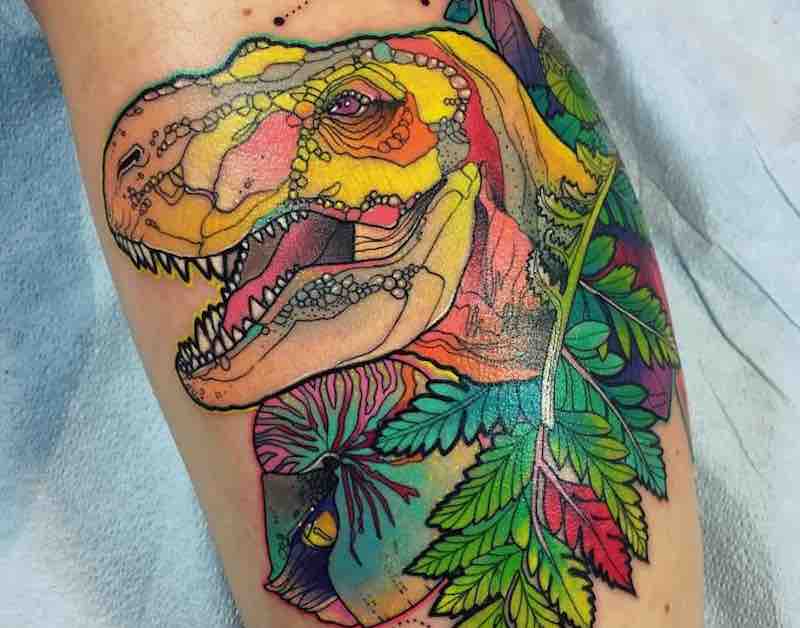 The first dinosaurs we know about back 245 million years ago in the Triassic period, this was at a time when all the earth’s land was together as a whole, a supercontinent known as Pangea.

Although its extrememly hard to calculate just how many species of dinosaurs there were, some experts estimate the number to over a thousand so there’s a dinosaur tattoo to suit everyone.

Dinosaurs can vary greatly in size difference, like the small Compsognathus, which is the size of a chicken, and the enormous Dreadnoughtus, the largest land animal ever weighing in at 65 tons, although in real life it was a giant, this tattoo has become a popular small tattoo, with many people getting a tiny one inch Dreadnoughtus dinosaur tattoo on their finger as a common placement.

Although most dinosaurs have been exticnt for millions of years, their heritage lives on and dinosaur tattoos are a great way to carry on their long lasting legacy