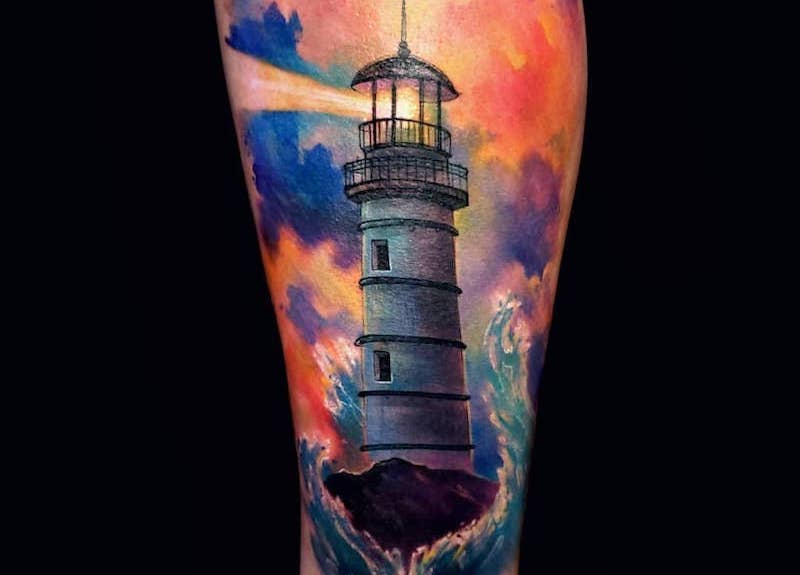 Lighthouses have been guiding ships to safety for thousands of years, the first known one built was the Pharos of Alexandria, Egypt in 280BC and before lighthouses were even around there was still a form of lighthouse in a very primitive way, fires were lit on hilltops by the sea to guide ships, these fires were built on platforms to raise the fire and become more visible from the ships out at sea, over time these platforms got higher and eventually becoming something we, even now would recognize as a lighthouse.

Lighthouse tattoos are a classic and even iconic traditional tattoo design, a popular design amongst sailors that started out as a simple depiction of a lighthouse and has since evolved into countless ways to be tattooed including the classic design made popular years ago.

As a lighthouse guides ships towards safety and away from harm a lighthouse tattoo can be symbolic of guidance, whether in life or important decisions the wearer may have to make or have already made

A lighthouse tattoo can represent a way forward.

Lighthouses keep ships protected from harm and disaster so are used as symbols to represent protection, its for oneself on another.

Some get a lighthouse tattoo simply to represent their love of sailing, maritime life or to symbolise the ocean.