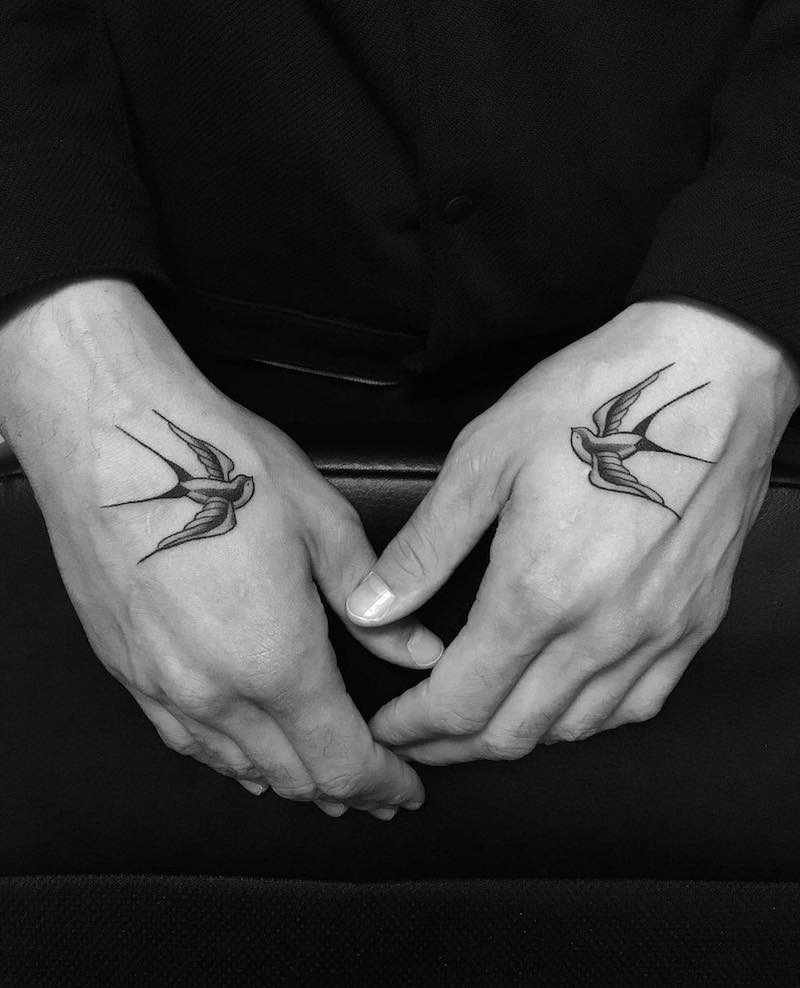 A swallow tattoo is a great addition to any ink enthusiast’s collection. Swallows are part of a family of birds called passerine birds, they are found in every continent in the world excluding Antarctica. The swallow tattoo is an iconic design in tattoo history, it is the most popular bird tattoo to get. Check below … Read moreSwallow Tattoos 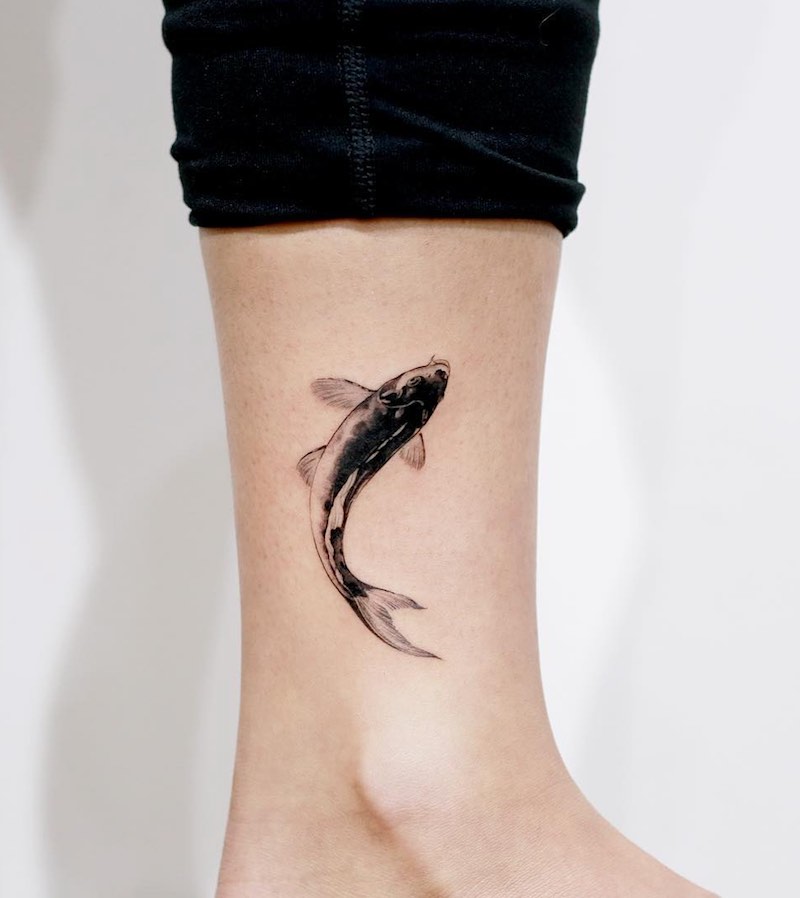 Koi fish are known for their beauty, their scales come in a variety of colors and patterns. It’s no wonder koi tattoos are such a popular design to get. Koi tattoos are stunning and have a significant historical presence in Japanese tattoo culture as the koi fish is an iconic design dating back centuries. Although … Read moreKoi Tattoo 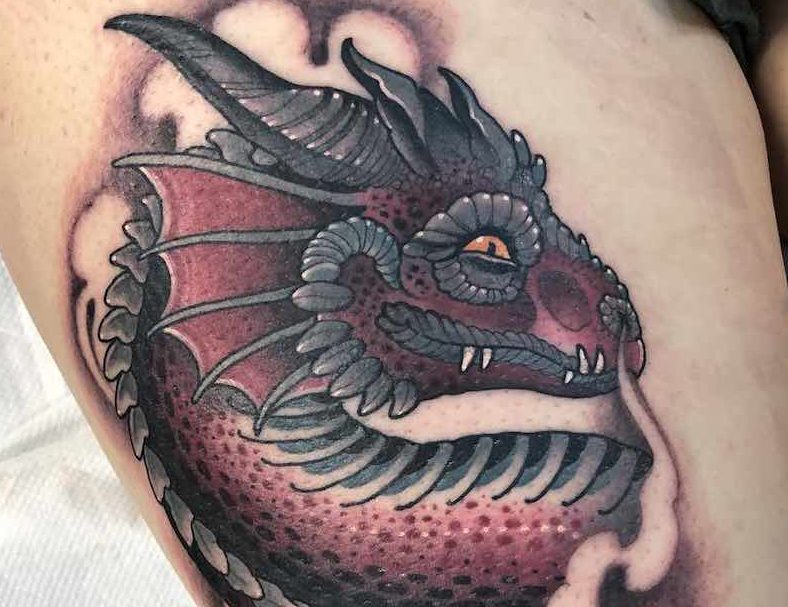 Dragon tattoos are a powerful and breathtaking design, whether they’re done in the traditional style originating from parts of Asia, or styled to appear more like the European dragons found in ancient folklore. The European dragon has an entirely different image to the noble, Eastern dragon which was historically revered by the people. In comparison, dragons depicted … Read moreDragon Tattoo 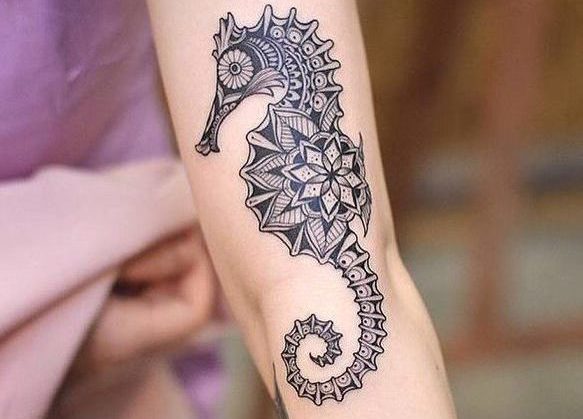 The seahorse is an amazing little fish (yes, seahorses are actually fish).  Seahorses can change their colors to blend in with their environments and give birth to thousands of babies at a time. Interestingly enough, it is the male seahorse that gives birth to these little seahorses. The scientific word for seahorse is Hippocampus which in ancient … Read moreSeahorse Tattoo 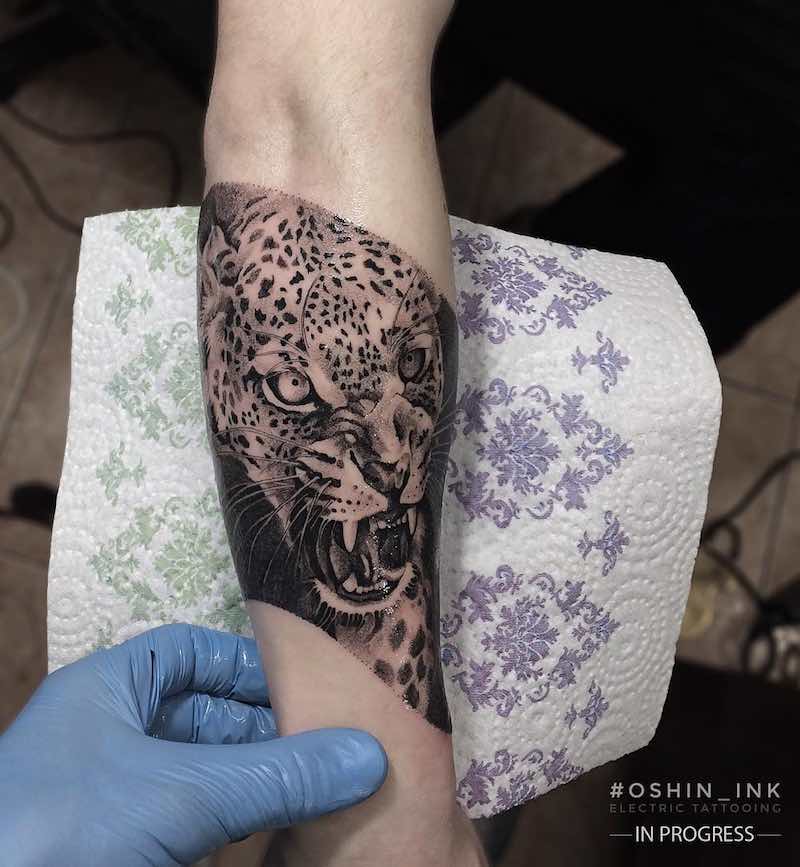 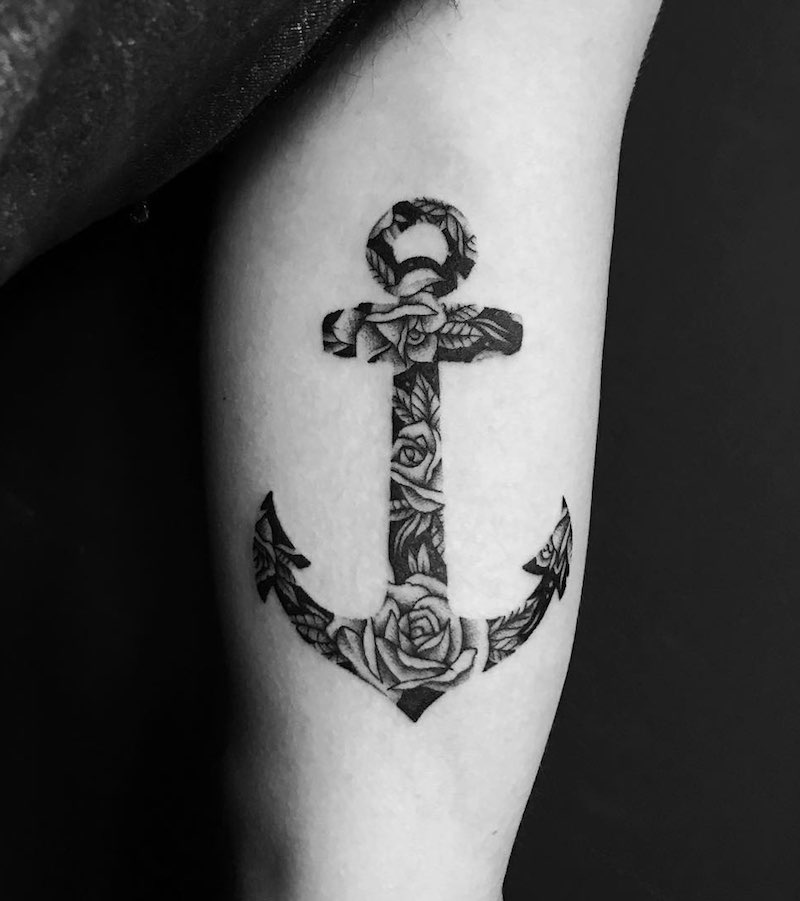 Anchor tattoos are a classic tattoo design originating back to the traditional tattoo era. Anchor tattoos were made popular by sailors and the like, often paired with saucy mermaid designs and other ocean-themed motifs. Anchor tattoos are still hugely popular in modern society, they make great small tattoos and can be done in a simplistic … Read moreAnchor Tattoos 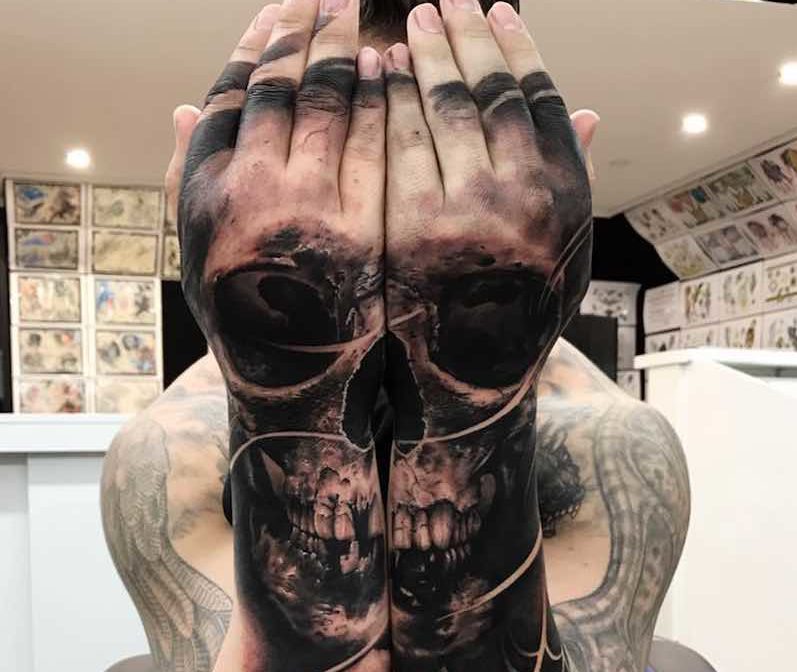 Skull tattoos are a staple design in tattoo culture, they have historic ties to Mexican culture where the sugar skull design originated from. Skull tattoos are also one of the more recognisable designs seen frequently in traditional style tattoo art, going back to the times before tattoos became commonplace. Skull tattoos can be done in … Read moreSkull Tattoos 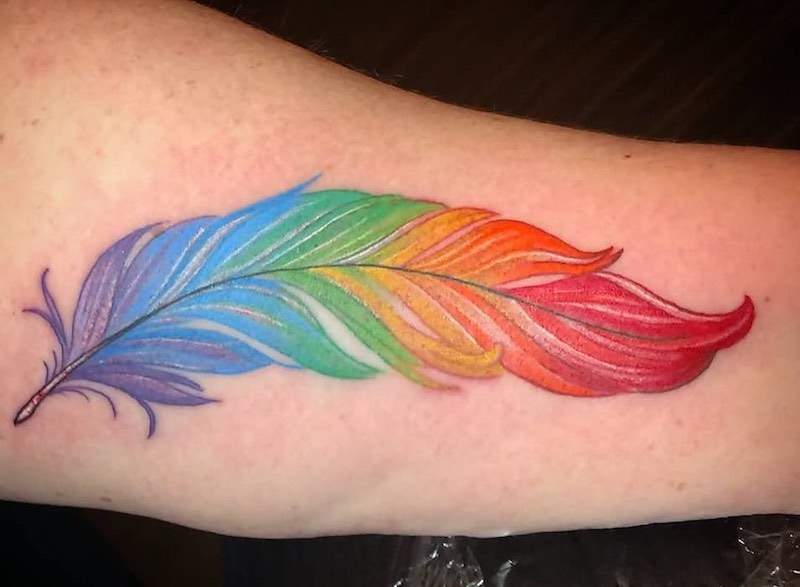 Feather tattoos have gained popularity in recent years. With a multitude of styles and designs on offer, it’s not hard to see why feather tattoos are such a fashionable choice for tattoo enthusiasts everywhere. Black and Grey or Vibrant Color Feather tattoos can be done in black and grey ink, a medium that promotes realistic … Read moreFeather Tattoos 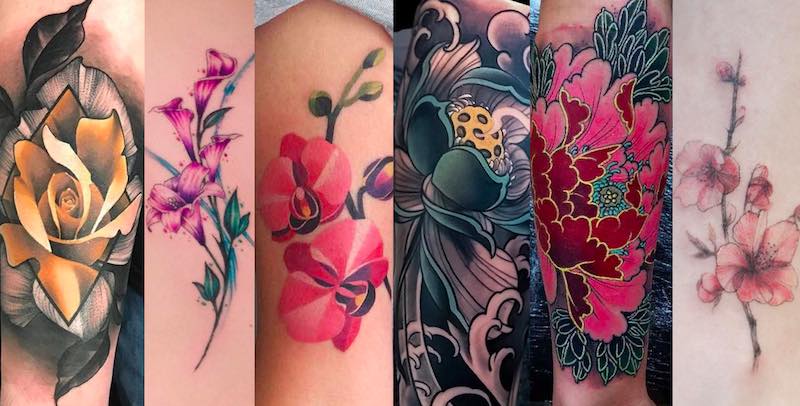 Flower tattoos are a popular and adaptable design, often paired with other pieces to create larger, more detailed tattoos. However, flower tattoos also look great as stand-alone pieces; it really depends on what you want and what suits you best. Not Just for Girls Many people think flower tattoos are a girls’ tattoo choice, but … Read more117 Of The Very Best Flower Tattoos 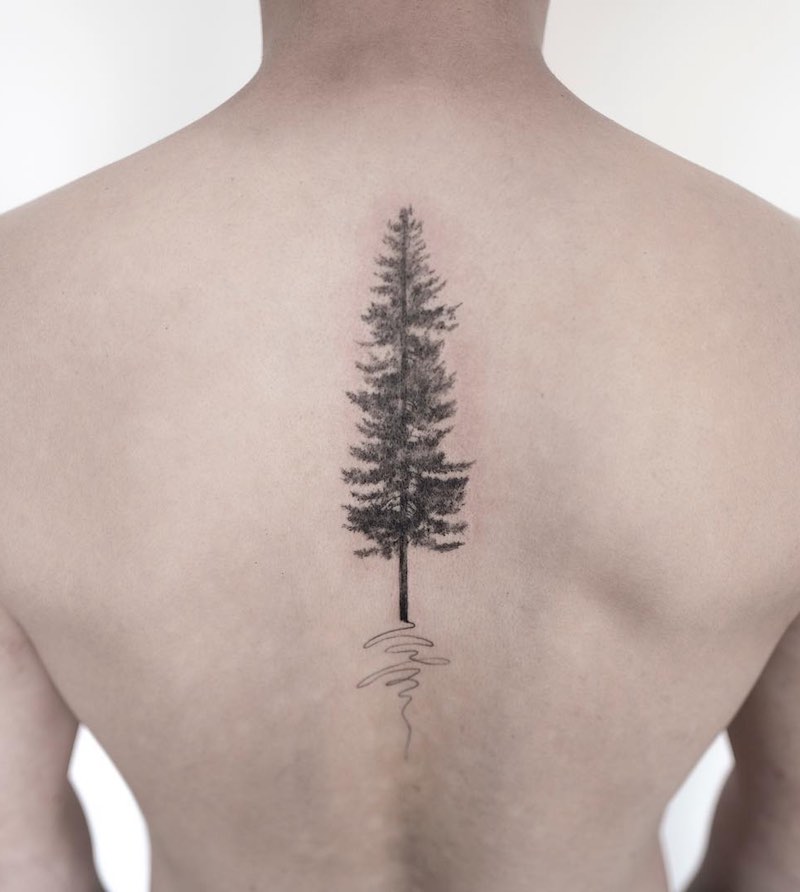 Tree tattoos are a popular choice for many people and it’s easy to see why when you realise the variety of designs and styles. And with so many different trees to choose from it is easy to design a unique and personal tree tattoo to suit your taste.  Symbolic Meanings Tree tattoos have a number … Read moreTree Tattoos